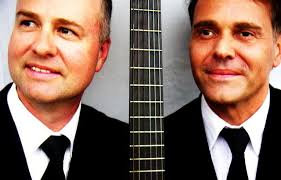 The Lockout Laws have been dropped and Sydney lives again! Do it live at the Orient, always the pub that rocks the Rocks, with our Re-ignite the Night Festival.

Brothers Phil and Rohan White bring back the musical fun to your afternoon or night out. Expect to hear brand new hits and those ‘guilty pleasures’ everyone secretly loves! Be prepared to join in on the sing a longs and the dance floor because you won’t be able to resist!

Since picking up a guitar at the tender age of 12, it was obvious James Brennan had a natural flair for music. By the age of 14, James was composing love songs and catchy rock numbers with a dream that one day his talents would be appreciated by a much larger audience. Over the years, James has perfected his skills and performances winning major talent competitions and fronted two Sydney providing support acts for Jenny Morris, John Paul Young, Chubby Checker, Pat Boone and Mondo Rock. James has also performed on stage with Kevin Borich and provided support for two Australian music icons in: Dave Warner and Joe Camilleri.